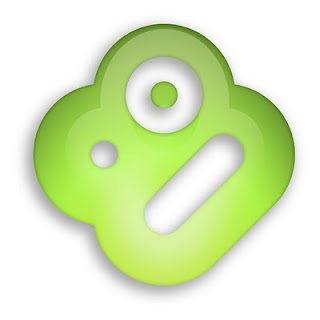 I have fairly close to the top end of the smartphones, the HTC Evo Android phone. I have a Vista computer connected to the Internet. I have just installed Boxee on said TV. Thing is, this TV, while it has a big screen and all, is across the room from me, and the keyboard and mouse are corded.

I did say I have an Android phone, right?

While it is a wonder of technology that can talk to WiFi, Bluetooth and 3G/4G mobile networks, and do much cooler stuff. I can watch video. I can make video. It is a cool thing. Being able to control my other computer is minor, but still cool.

I've done something like this before. Years ago, I had a Palm III. You could install an app that made your Palm into a programmable universal remote. That's cool, but that's coolness relying on IR and line-of-site and the IR source was meant for sending electronic business cards 3 feet away, not turning on a DVD player 10 feet away. This works over wireless networking, so line of sight is done, and thanks for that.

I'm also new to virtualizing interfaces. I've been a big fan of Synergy2 to allow you to have one keyboard for two or more computers. I just didn't expect it to touch the smartphone.

I know I'm at best second or third wave on this sort of thing. MythTV's been around for over 5 years, and many of these concepts are very stable. Microsoft's been putting these capabilities as part of their advertisements these days. And I know there are things involved here that I'm taking the goofy way around with. Big example is moving media onto my Android. (I call it RoyBatty, by the way. Considered going with RickDeckard, but no.) The old reliable way to do it would be to plug in the USB/charging cable. The slightly cooler way is via Bluetooth. My way is to use Dropbox. It's a cool and wonderful cross-platform thing. I was expecting full syncing, but it turns out to be pick-and-choose, which is okay, but it means I'm more active.) I think the really cool solution would be to using uPnP/DLNA. This means I have to start learning how to make that stuff work.

But seriously, this really convinces me that the New Television is a big monitor, receiving signal from whatever device you want, and not really the interface device in and of itself.

Code Block B.
Not much difference, is there? In fact, I'd say they're functionally identical, unless you set form as a block in your CSS. But there is a difference if you're going to use Javascript to add to the form. If you append to the table, you'll get something like this.

And this will not be part of the form when you press submit. Which I have conveniently left out of the code blocks. Hrmm. Still, watch for that. It's the problem that hounded me over the weekend.
Posted by Dave Jacob at 11:41:00 AM 0 Counter-Rants