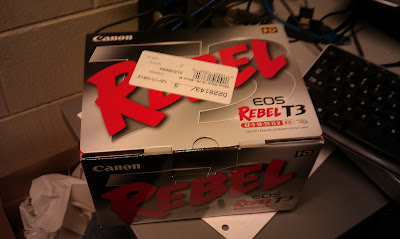 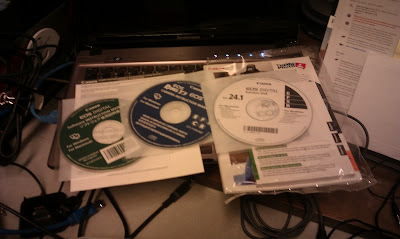 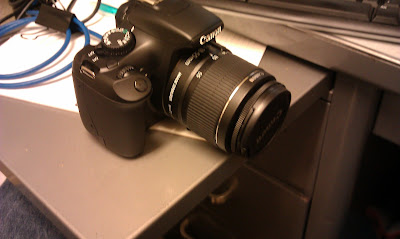 Our old Gel Documentation System runs Windows 98, and the hard drive sounds like an abused Yugo. So, we're replacing it. Instead of going with custom hardware and software, we're running with a COTS DSLR. Today I got the camera. Soon I should get the charger. Once I prove that I can take the shots I want in Windows 7 with the Canon software, I'll order the correct filter and we'll rock the new stuff.
Posted by Dave Jacob at 3:23:00 PM 0 Counter-Rants

Thinking Through An Idea - Caffeine Tracker

I tend to get horrible headaches on Saturday. I believe it is in part because I've started to drink coffee only on weekdays, only on workdays and only during work hours (9am-5pm) and Saturday is when the caffeine withdrawal hits. At least, that's my theory.

I could write this as an HTML5 thing. There's certainly a case to be made for that, but I wouldn't be learning a vastly different skill set on that one.

What I want to do is make an Android app. It would be vaguely cooler to write the Java itself, but the first step might be to write it in HTML5, do it in PhoneGap, then push it to Android. Moving to iOS and Windows Phone and others (OpenWebOS?) should be easy. But then, I'm not learning Java. I'm not adding another skill to my resume.

Pinokio, or, Oh my goodness I have to make this


Pinokio from Pinokio on Vimeo.

My friend Mark sent me this, and he was right. It's right up my alley. It is the next step from webcam-on-a-swing-arm idea. I really need to start learning how to add servomotors to a lamp and start making this myself.

I love how it's also a call-back to the World's Most Useless Device, except, instead of always turning itself off, it turns itself back on.
Posted by Dave Jacob at 4:33:00 PM 0 Counter-Rants