The Future of Desktops


I don't know that I agree 100% with this assessment, but I can say that I agree at least 80% with it. The new form factors of laptops, netbooks, tablets, game systems and smartphones are doing most of what the desktop was doing. You want to browse and write something at the desk or do you want to do it on the couch in front of the TV? (The TV has it's own set of computing additions, as I've covered previously, so I won't go in depth here. Except to say that a friend has a Samsung Smart TV, and my goodness, what a sexy bitch it is.)

Here's the thing: I get my money to buy post-PC gadgets by doing one of few jobs I don't think you can really do without the PC. I am a programmer, and I have two PCs at my desk and three monitors. And I do use them. I have virtual desktops on each computer so I can switch between what I'm seeing on each. If I'm doing web development, I tend to have a web browser with documentation on one, editors on the other, and the page I'm working on at a third. One 13" or less screen isn't going to be able to take the place of 3 21"+ screens.

I like the modularity of desktop machines. You can open them up and tell that this is the power supply, this is the hard drive, this is the motherboard, this is the CD drive, etc. If you know which part I think I touch on how archaic this thought is by my using "CD drive" and not DVD drive, Blu-Ray Drive or Optical Drive. A laptop isn't. If the screen goes, if the drive goes, if the USB port is busted, your only choice is to get a new one. It is, in engineering terms, a black box. You know the outputs, you know the inputs, but you don't have an idea of what's going on inside or how to change or fix it.


It is clear to me that, for most things, the desktop is a dead thing. And for most things, I don't mourn it. I for one welcome our new gadget overlords. I love having a screen in my car, streaming music and giving me directions. I love having our TV get content from Netflix and That Guy With The Glasses as well as NBC and Comedy Central. I love being able to go from "The guy who played Ted Bundy in that movie" to "Mark Harmon" with a quick search of IMDB, without having to get up from the couch. I like it all and I want more.

But the guys who tell the things how to do what they do will be sitting at a keyboard behind big screens for the foreseeable future.

Link
Email ThisBlogThis!Share to TwitterShare to FacebookShare to Pinterest
Labels: computers, we live in the future

This is my new laptop, a Lenovo ideapad. 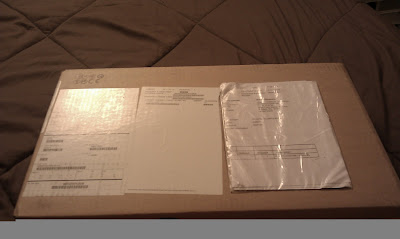 I have named it Gort. 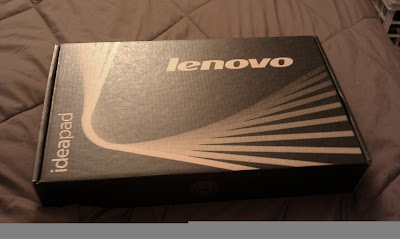 That fits the convention for all my computers. 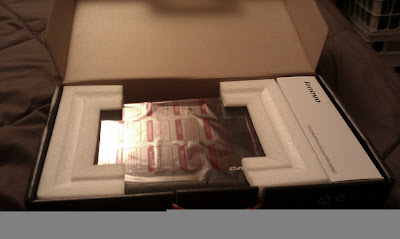 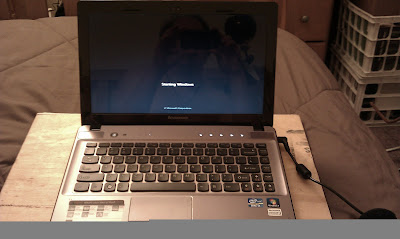 I hope to do some programming on it soon.
Posted by Dave Jacob at 9:44:00 AM 1 Counter-Rants

Problem with the new Music for Android, I think...

I like Buddy Miller. I like his new album, The Majestic Silver Strings, with Marc Ribot, Bill Frisell and Greg Leisz. But as much as it seems like something I'd do, I haven't listened to "Meds" full-time for the last 24 hours. Honestly, it does sound like something I would do, but no.

Here's the thing. I've been using the new Music from Google on my Android phone. I have Last.FM set to scrobble, and for nearly everything else (Pandora, old Music), it scrobbled the songs fine. I think the issue is that the new Music, which is still in beta, isn't telling whatever Last.FM reads that it paused or stopped, which means that Last.FM thinks that "Meds" is the Song That Never Ends. Oh so fun.

Why I Wish I Was A Hardware Hacker

In our lab, we have a device that we call the Minus 80. We call it that because it is a freezer that is meant to store our samples at -80°C, or -112°F. For our purposes, as I understand them, this is not as much overkill as you might think, and there are people who get very concerned when it drops below, or rather, when it pops above -70°C. Drag out from the wall and point the big fan at the coils concerned. Conversations with HVAC guys are so loud you can hear them on the other side of a closed door concerned. Last summer, environmental issues surrounding this and other instruments (here meaning "not a computer") were a primary concern that affected use every day.

The unit in question has a digital readout of the current temperature, on a glowing LED mounted at about shin-height, which is not optimal if you're hoping to monitor the temperature. Which leads me to something that I am very sure I saw on the Ben Heck Show, or else on Make. An LED takes a current to light but also four signals to show the number. At least I think so; it's been over a decade since I last tried working with a breadboard. So, given the signal feeding the digital readout, we could run that into something like an Arduino, and from there through more normal means into our database, where we could do alerting should the thing get too warm when nobody is looking.

Anyone who knows me knows that I love taking data in one form and turning it into another. Web to RSS. RSS to JSON. CSV to PNG. If I can get the temperature out of the freezer — the temperature data, that is — I am sure I can do with it whatever I need to. It is that physical step that befuddles me. Yes, I have been annoyed for a good long time about the Minus 80's lack of serial or USB interface. Now, I have a sense of how to I could actually get there myself.

Not that the boss would let me take a soldering iron to his Minus 80. Which is a little more frustrating....
Posted by Dave Jacob at 3:31:00 PM 3 Counter-Rants

Don't Throw It In A River

The ChromeBook. It's a neat thing.
As a CS guy, I spent a lot of time in the Sun Lab. There, there were row upon row upon row of then high-end Sun boxes, and a thing with them was that when you logged in on one, you had all the settings and configuration and background and files as you had when you logged on at any other machine, and anyone else who came after you had their own configurations. Since I graduated, I haven't seen that nearly as much.

That's what I like about the idea of the ChromeBook. I use it, log off, pass it to my wife, and her stuff is there not mine. It means that each setup isn't its own delicate little flower, which interrupts our sense of ownership, but that's OK.

I wonder if something like this is how we're going to handle car computing in the future.
Posted by Dave Jacob at 1:17:00 PM 0 Counter-Rants

Link
Email ThisBlogThis!Share to TwitterShare to FacebookShare to Pinterest
Labels: chrome, chromebook, computing, cool, google, we live in the future

I am a Sprint user. I have carried an Evo since Thanksgiving.

So, when I heard that Sprint was offering Google Voice integration, I was all over that, signing up and waiting for it to say "Set it up". Which happened today.

Currently, I have a certain amount of integration. When I'm called at Voice, it rings on my hip. When I call, their caller ID says my voice number. So, I'm largely integrated. But there is a number I never use, and I'd rather dump it and always use my Google Voice Number.

Evidently, the problem is that the HTC Evo is incompatable with Google Voice. They didn't really get into how, but honestly, that seems absolutely stupid. They did suggest I upgrade my phone, but I have a great phone and I don't really see anything I want that I don't have now.

Which makes me wonder what integration even means.
Posted by Dave Jacob at 3:44:00 PM 0 Counter-Rants