Perl on Ubuntu on Windows: A Solution

I suppose I should've just been more patient.

After a while of waiting and watching and trying to think of a better bug report, one that might get a response, and failing, I got a response.

I was mentally throwing it to the kernel, but was wrong, which is interesting. Makes me think that, rather than running Ubuntu on Windows, doing something with Vagrant might be the better plan.

I had planned to get into following, lists and blocking, but a wild hair came over me and I decided I wanted to make a tweetstorm app.


And this is the inner loop of it.

So, that's it. I've thrown the whole thing on GitHub if you want to play with it yourself.
Posted by Dave Jacob at 1:31:00 PM 0 Counter-Rants

Thinking things through afk and thus not as polished as my normal posts.

Been thinking about grouping my friends (those I follow) strictly by relationship mapping. In part, I haven't done this because I can't read the math in the paper describing it, and in part because there are points where I serve as connecting node between two clusters and they have started interacting independently. I know a joy of Twitter is that it allows people to connect by interest and personality, not geography, but when a programmer in Washington and an activist in Indiana talk food and cats with each other, it makes my "programmer" cluster and my "Indiana" cluster less distinct.

I know about this via the Talking Machines podcast, and, without mathematic notation, if you take a body of text as a collection of words, the words it contains will vary by subject. If the topic is "politics", the text might contain "vote" and "veto" and "election" and "impeach". If the topic is "football", we'd see "lateral", "quarterback", "tackle" and "touchdown".

Rather than separating Twitter followers into groups simply by interactions, I could start with both certain lists I have curated (and yes, there are both "local tweeters" and "programmer" lists) and hashtags (because if you hashtag your tweet #perl, you likely are talking about Perl) to start to identify what words are more likely to come up when discussing certain subjects, then start adding then to those lists automatically.

If I can work this out 140 characters at a time.

Perl on Ubuntu on Windows: Finding The Right Test Case 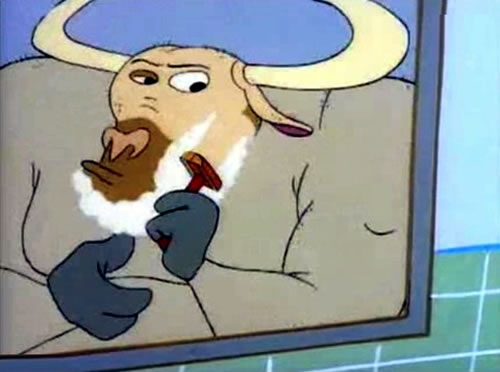 I'm still hung on getting CPAN working for Ubuntu on Windows. In the comments, Chas. Owens gave me great advice for proceeding with this problem:

Once you see the difference, look into what the syscall does and try to determine which system is implementing it correctly (probably Linux). If it is Windows post to the github tracker with the test case and the identified syscall. If it is Linux, then report it to Ubuntu.﻿

My first thought was to do this within cpanm, but I thought sudo su then strace -o platform -ff strace cpanm YAML::XS was a bit much. In part because when platform was Linux, it generated one file and hundreds on Windows.

Then it struck me that instead, I should just focus on the tests themselves. I cloned Ingy döt Net's YAML repo and tried to run prove test/ in both places. Went fine with Linux, failed with Windows. Butrealized after a second, it succeeded while using my personal perl, not system perl. /usr/bin/prove test/ failed on Ubuntu. apt-get install libtest-base-perl on both systems helped a lot, but now it wants Test::More, (I know because I searched for what modules the tests are asking for.)

For all I know, there's a package that provides Test::More, but it isn't libtest-more-perl, and digging further into that seems like a waste.

So I'm thinking it through again, looking at a failing test in YAML::XS:


By "failing test" I am saying it works in natural Linux but not Ubuntu on Windows. And it's striking me: I need to find Dump. Where is Dump? In the C. It is an XS module, is it not? So, it's striking me that the solution is in C.

Which means I have to write C.

The former was at a former workplace, where I wrote and compiled some C to compare UltraEdit with another editor, so I could help decide which we were going to buy a site license for. As I can only remember UltraEdit, I can say that's the one I liked better. The code itself was scarcely better than Hello World.

The latter was at another former workplace, where there was a tool that allowed mechanical engineers to drag together components like traces, and then first turned those traces into C code and compiled them. There was an issue where it wouldn't work, and I found the error logs and worked back.

Hrm. Maybe back to the Perl.

Looking at YAML.pm, YAML::Dumper.pm and YAML::Dumper::Base.pm make it seem like you could make a master class on how modules go together. Previously, when I've dived in to figure out issues, yeah, there's lots of confusing parts but I could find my way to the broken thing. perl_libyaml.c is looking much more approachable now.
Posted by Dave Jacob at 1:49:00 PM 0 Counter-Rants