Trying just MongoDB, and it works!

The lesson might be Don't Trust ORMs, Do It Yourself, but I hope that there's some reason to use these things.
Posted by Dave Jacob at 10:20:00 AM 0 Counter-Rants

You Had One Job, MongoDBx::Class Documentation

So, after yesterday, I started back with the command line interface to MongoDB. I found I can do what I want with it, which of course is creating, retrieving, updating and deleting records. So, I try working with Perl, my go-to language, and I install MongoDBx::Class. The following code, especially the $db-&gtlinsert() is closely adapted from the CPAN page. 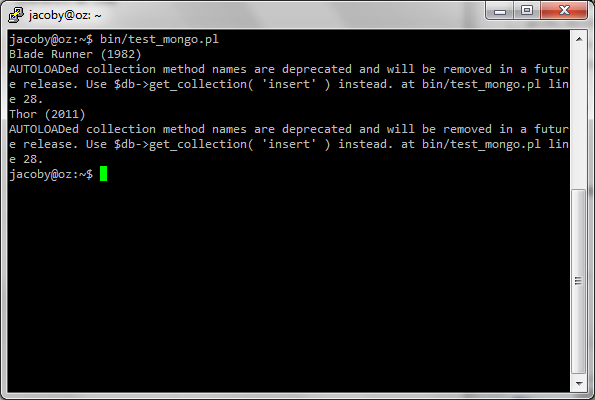 You Had ONE Job, Mongoose.js Documentation

I'm trying to learn Node.js, MongoDB and Mongoose.js as an ORM connecting the two. I don't know what I'm doing yet, going through the early example code. I come to this as a reasonably experienced hand with Perl and MySQL. The first thing people write is a "Hello World" application, where you give it an input, commonly your name, and it gives you an output. In data, the four actions you want are Create, Read, Update and Delete, often used as CRUD. When trying out a data-storage system, you want to be able to Hello World your data.

The following is code adapted from the front page of Mongoosejs.com and the first link to documentation.

save() doesn't seem to save, or do anything, really. speak() works, but why shouldn't it? The reason I'm doing this is so that Mongoose can stand between me and MongoDB. Mongoose has one job. The documentation has one job: to show people me how to do just that.

I'm creating a web application. I've written HTML code on the server before and have decided templates are best, because whatever language, writing code that generates HTML is always worse than making a template that has holes you can fill with your data. This is why I now love Perl's Template Toolkit.

There are many things you can easily do in JavasScript, but multi-line variables are not pretty in JavaScript, so it's far better to have external templates and import them. This is my current code to import a list of templates, which so far are div_request.m, div_sample.m and div_final.m.


Do you see the problem?

By the time $.get() starts working, url is "/dev/dave/div_final.m", so we get a console log that looks like:

I now believe I need to write a function that takes url and gets and writes it, so that it has it's own scoped url rather than using the one in get_templates(). We will see.
Posted by Dave Jacob at 11:27:00 AM 0 Counter-Rants

My Body Plans For 2014: January and February 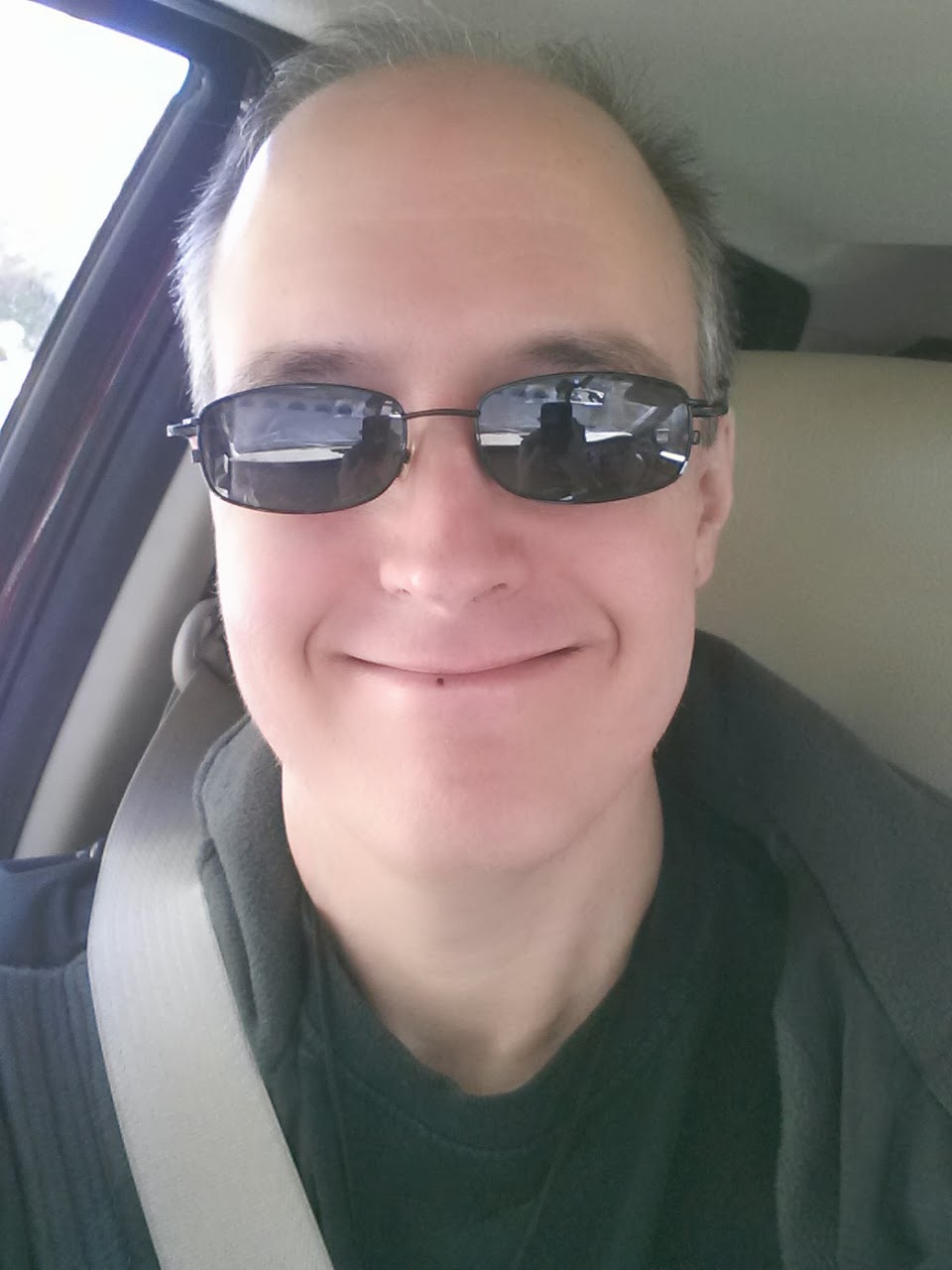 I've covered my 2014 priorities and goals previously. Now, I'm starting to make plans, but I'm not going too far ahead. Just the first quarter. Will make further plans in support of my goals as the years go on.

It is important when planning behavior change to remember that willpower is finite, and so changing too many behaviors will doom a plan to failure. So, the plans will be set by month, not by task.

Sticking to strength training and diet at the beginning of the year, because running in snow sucks.

Caffeine -- I have been trying to cut down of caffeine, and now follow these rules:
I will be coming off a two-week vacation, so I'll be reset with caffeine. I could either see if I can code without coffee, or I can go down to one cup a day. I believe I'll go to one cup a day.

Strength -- I have been going to the gym after work when I can, which tended to be Mondays and Thursdays. It's been ill-defined thing, with me picking up things as I figure them out. I know nothing about the gym -- the only thing I learned from gym class in school is to fear my fellow man -- but I've found some sources and now think I have a protocol to start with.

Once I get solid with Body Weight Squats, I might start doing them with weights. I'll work up how the circuit goes with the Quads and Core as I start to work through them.

The source I read suggested that you do reps and sets such that they add up to 25. I put it to 30 to make all the math right, and came up with this.


My plan is to do the circuit following this, going in before work on Monday Wednesday and Friday. That'll help get my body and mind going without coffee those days. 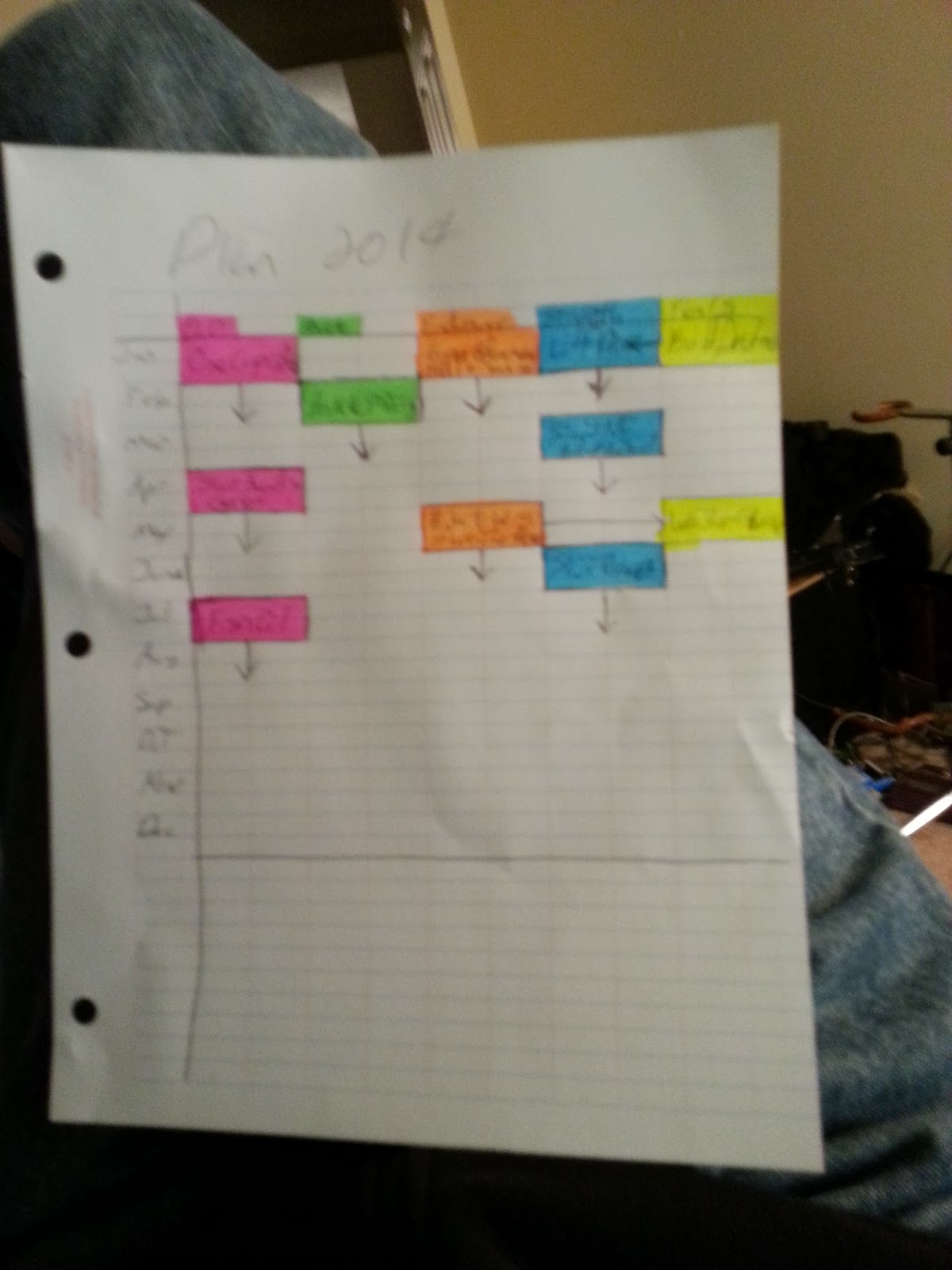 Feet -- Starting this month, I start to do range of motion exercizes to get my right foot's range of motion to more closely approximate the left. Will get into that later.