Perl Module for interacting with Globus 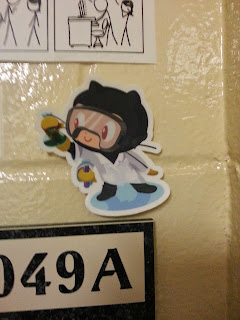 Ever heard of Globus?

I'm kinda not surprised. It's a bit of an obscure thing.

Imagine you have research data. A collaborator wants to analyse it. Thing is, you're where you are and the collaborator is on the other side of the continent. There are many ways to move things, but many of them involve you having to be fairly technically sophisticated in order to make them work. Or your collaborator, who is an expert in your domain but not necessarily in file transfer. Plus, there's permissions and security and all that.

Or, you can use Globus.

We're changing how we handle data sharing here in the lab. We just moved file systems, moving to one that supports access control lists (ACLs), which means that, instead of playing games with symbolic links in order to share a researcher's work, we could simply setfacl -R -m 'u:user:r-x' and go from there.

But not everyone we want to share with is local. Some are on the other side of the continent. Thus Globus.

It uses their first API, which is exposed via SSH. This is not my preferred interface, but I was able to get it to do the subset I needed fast enough, and I'll go back and make a thing work with their REST API in my copious free time. I mean, I could just use the Python API, right?

If you were to take my Globus.pm and copy it into your ~/lib directory, and you had the right stuff set up with SSH keys, it'd work. For the subset that isn't stubtastic, it's there. 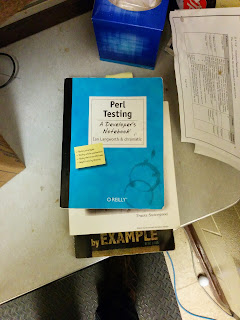 I started of this project with dzil new, which is as much of Dist::Zilla as I know how to use. (I didn't start this paragraph intending an Elvis Costello reference, but there you go.) I know how to use git, how to make pull requests and merge them. My contribution graph is more white than green, but GitHub is not integral to my workflow, containing more my toys than my work. So, I'm pretty close to OK for the managing of a repo, but the steps toward getting it onto CPAN will involve me reading and asking a lot of stupid questions irc.perl.org.

Perl is good because Perl is tested, and the tests I know how to write are tests I consider stupid. So, I expect to spend some time in chromatic's book of testing and in the tests for Net::Twitter and the like, trying to figure out what needs to be tested and how to write them.

So, I'm not ready to put it up to CPAN yet, but I see the path, because I finally have a module I could imagine someone else needing.

So, if this is a thing you think you have a use for, try it. If you think I did something stupid, I'm sure I did. Suggestions are great; pull requests are better. And thanks.
Posted by Dave Jacob at 3:36:00 PM